The Alfa Laval Aalborg Micro is a uniquely compact boiler/economizer designed for waste heat recovery from a vessel’s auxiliary engines. 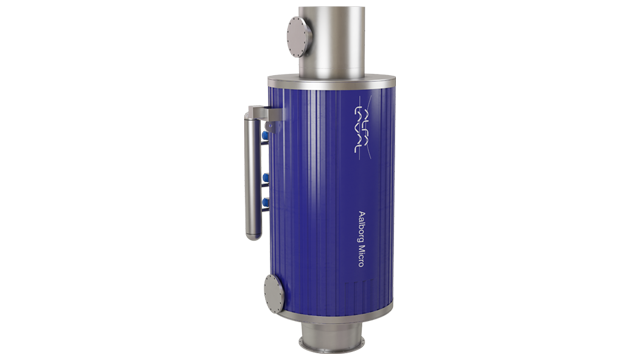 The cost-efficient way to meet your need for steam

Reduce fuel consumption, ensure redundancy and optimize your steam plant. Let waste heat cover your need for steam – and future-proof your vessel for the 2020 regulation and beyond.

The Aalborg Micro is a game-changing solution with a tremendous potential in fuel savings - small and easy to install.

By reclaiming heat from auxiliary engine exhaust the Aalborg Micro gives a remarkable opportunity for saving fuel and maintenance cost. A typical retrofit installation saves enough fuel to reach payback in 1-2 years - and it is not only money being saved. CO2 emissions are reduced by around 900 tonnes annually. 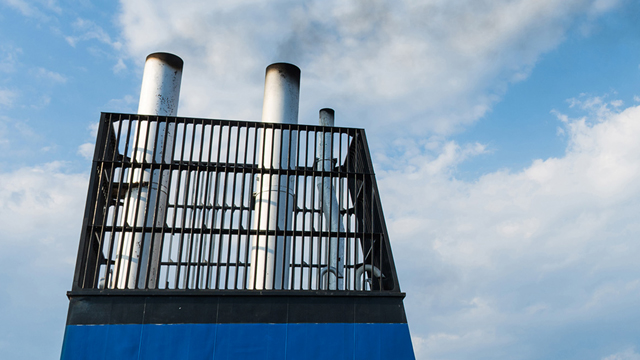 Only a portion of the fuel energy released by marine engines actually goes to propulsion. A large amount of it escapes as heat, and it makes sense to reclaim as much of this energy as possible. This is true not only for main engines, but for auxiliary engines as well.

Steam produced with the Aalborg Micro can support or fulfil steam needs in port, but it can also serve other functions. For vessels whose long-stroke main engines produce cooler exhaust, it can provide a needed steam boost during a voyage. Vessels that use blended fuels from 2020 onwards may also require additional steam, since these fuels will need to be stored at a higher ambient temperature – even if their pumping temperature is lower. 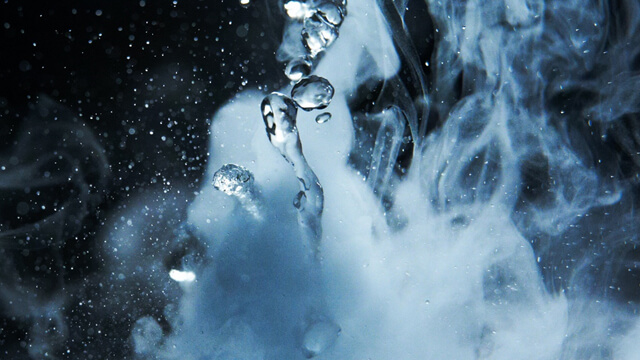 The Aalborg Micro is installed after the vessel’s auxiliary engines (or small main engines). When the exhaust gas passes over the Aalborg Micro heating surface, the waste heat energy in the gas is absorbed for the production of hot water or steam.

In the Aalborg Micro, heat from the engine exhaust gas is transferred to the water side by convection. The generated steam/water mixture is then discharged into the steam space of the oil-fired boiler(s), where the heavier water particles separate from the steam. 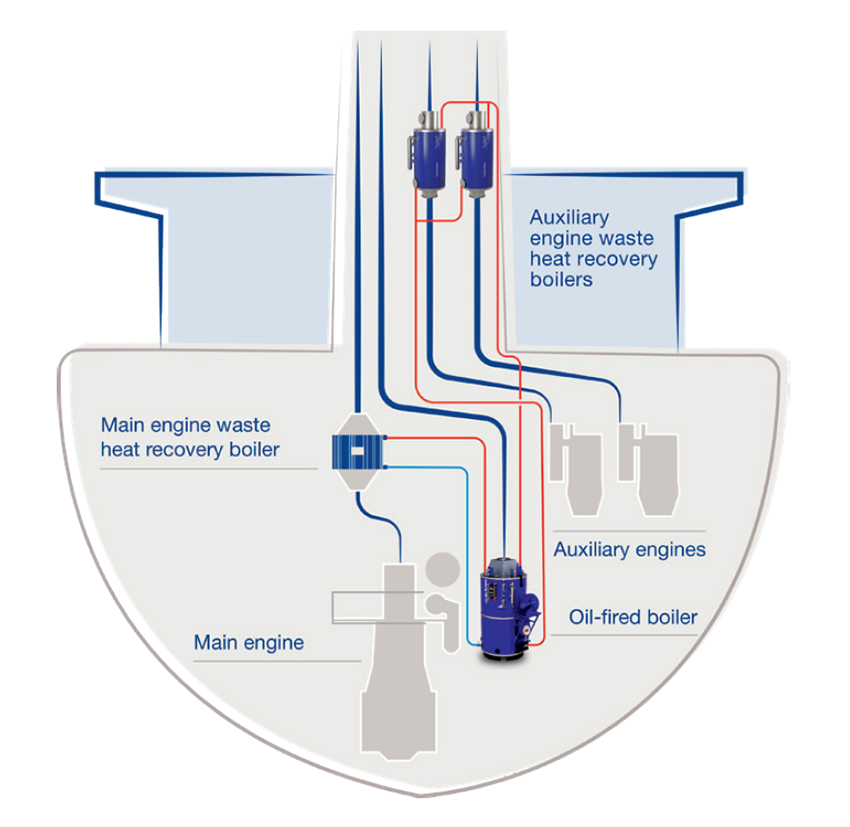 Economizer for the oil-fired boiler 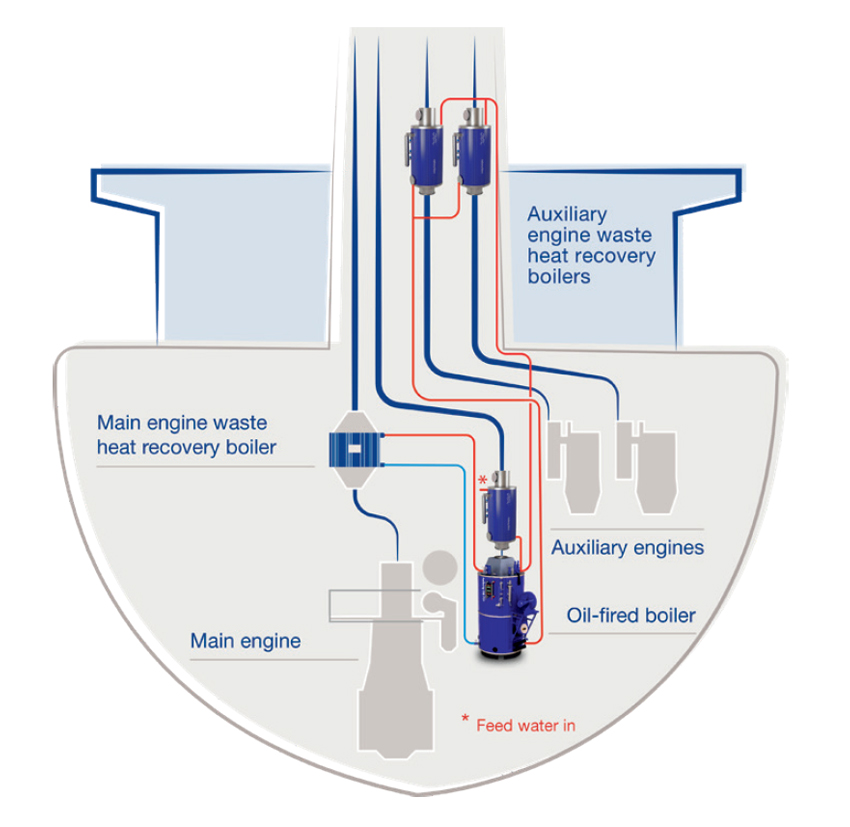 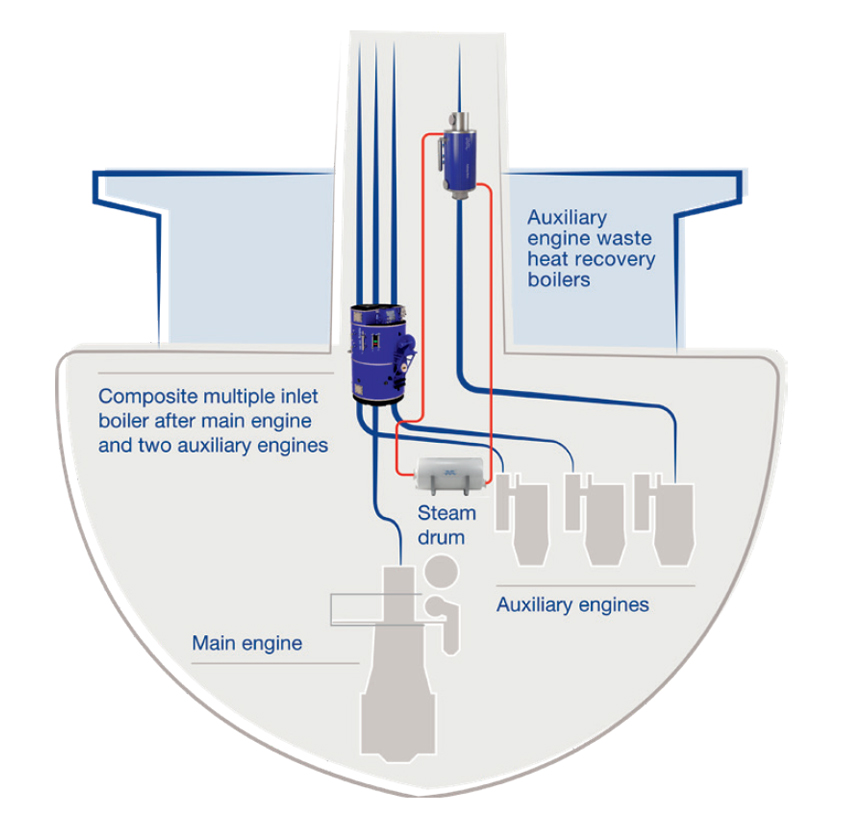 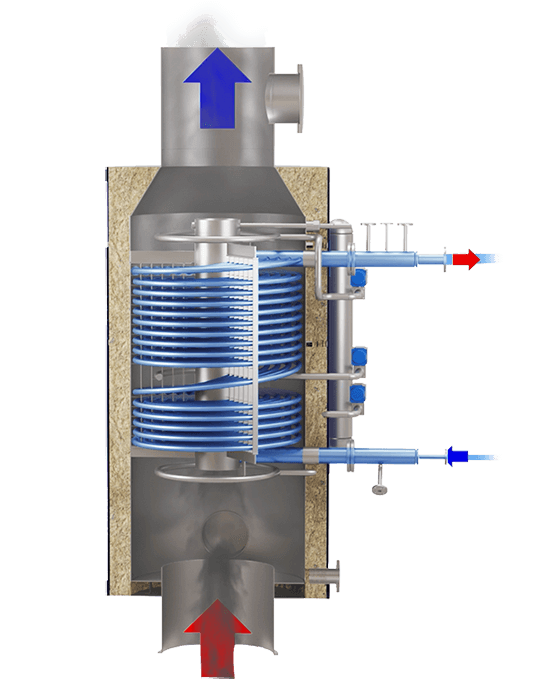 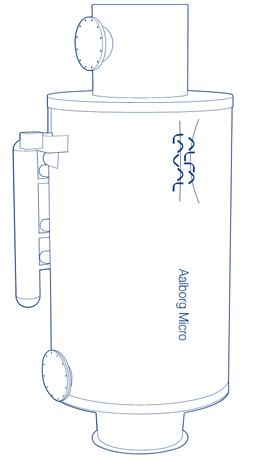